Stevie the Wonder Dog is found! 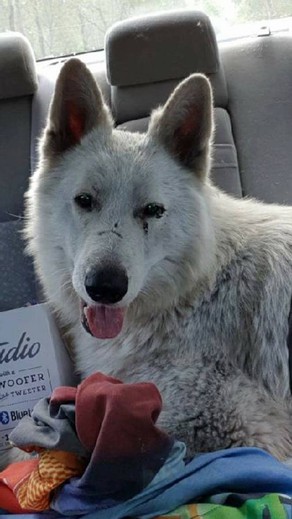 “BACK HOME WHERE HE BELONGS!”
What a day of emotions with our beloved blind boy STEVIE (Eishund Stevie Wonder) being reunited with his ‘mum’ Kerri & family after being lost for 4 days!

I would like to take this opportunity to say THANK YOU to the countless people who took the time to SHARE his lost post on Facebook, keeping Stevie in their prayers, expressing concern via calls & messages, and a special mention to Donna, Sally & Dorothy all contacting various local media which gave Stevie’s owner some air time on local radio & an article in the local paper to spread awareness of his disappearance.

To the many friends of Kerri who were out searching for Stevie, sending spiritual guidance, and being such valuable support to Kerri & family during an extremely distressing time. Stevie plays a very important role as a support dog for his family who have PTSD, their very lives depended on his safe return.

I personally felt so helpless here in Sydney, so when Mimi (from Both Ends of The Lead here in Sydney, who have generously offered Kerri access to their special online academy to help Stevie recover from his misadventure), contacted me suggesting & recommending Animal Communicator BIANCA DE REUS, as an avenue to consider, I jumped at the chance & immediately contacted her.

Bianca connected with Stevie today, and it was a huge sense of relief when I received her call & heard the words “Stevie is alive!” The accuracy of her reading gave me goosebumps, and also confirmed things about Stevie that I often wondered about. Bianca gave him reassurance & encouragement to find a road so he can be seen & helped, he was scared & surrounded with unfamiliar smells, he was sore, and tired, hungry & thirsty. I have no doubt in my mind that Bianca played a vital role in Stevie being found, and I thank you sincerely! With no sightings since Friday, Stevie was spotted today, not 1 hour after my call with Bianca! Call it what you may, but that to me is pretty amazing!

Coincidentally, the person who sighted him & called his owner was also very spiritual & had been drawn to the area (which mind you, was in the completely opposite direction & a LONG way away from the original sightings!).

STEVIE the Wonder Dog certainly has his very own little & extremely special guardian angel (or more than one!) watching over him, no doubt about it! And we are eternally grateful that they brought him back home, where he belongs…. thank you “

And this is Stevie, in the backseat of the car yesterday, straight after he was found…

← Connect to your Heart Feeling cluttered? → I am the Soul Connector™ and founder of Connecting Soul Beings®: bridging spirit and humanity. I help animal lovers awaken to self-love, harmony, and joy by guiding them to trust and feel confident in connecting to their inner self, through soul coaching and animal communication. Working with me provides you with clarity, alignment, and conscious communication with your inner voice, yourself and your beloved animal friend and spirit guides. We work through practical exercises, either one-to-one or in a group environment. You will learn to be connected, aligned with yourself, and to your guides and your pet through your heart, experiencing increase in energy, connection, clarity, love, flow, and harmony. Release, Ground and Trust – A message from the Animal Kingdom

This week on Metta Musings and Mugs: The animal Kingdom was ready to talk to us about trust, releasing, grounding and owning our inner power. Sit back with... 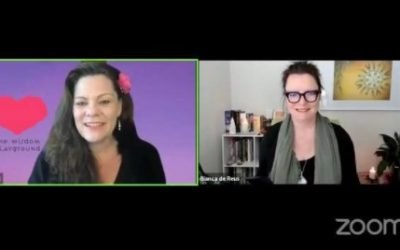 Good morning and Happy Saturday! What a great way to start this beautiful weekend! I feel honoured to have had this great chat with groovy human, Deb King,... How Do We Reconnect with Our Bonds to Animals?

The human-animal bond has existed for thousands of years and has evolved over time into what you see and experience today. While the current bond between...

Get Your FREE Meditation to Create What You Desire